How To: Find A Mentor (and succeed even if you don’t) full post

The whole Planned Parenthood donation debacle described below wasn’t all that funny, it was mostly just sad on their part. But PETA’s response IS funny. I got the letter and picture below from PETA yesterday: 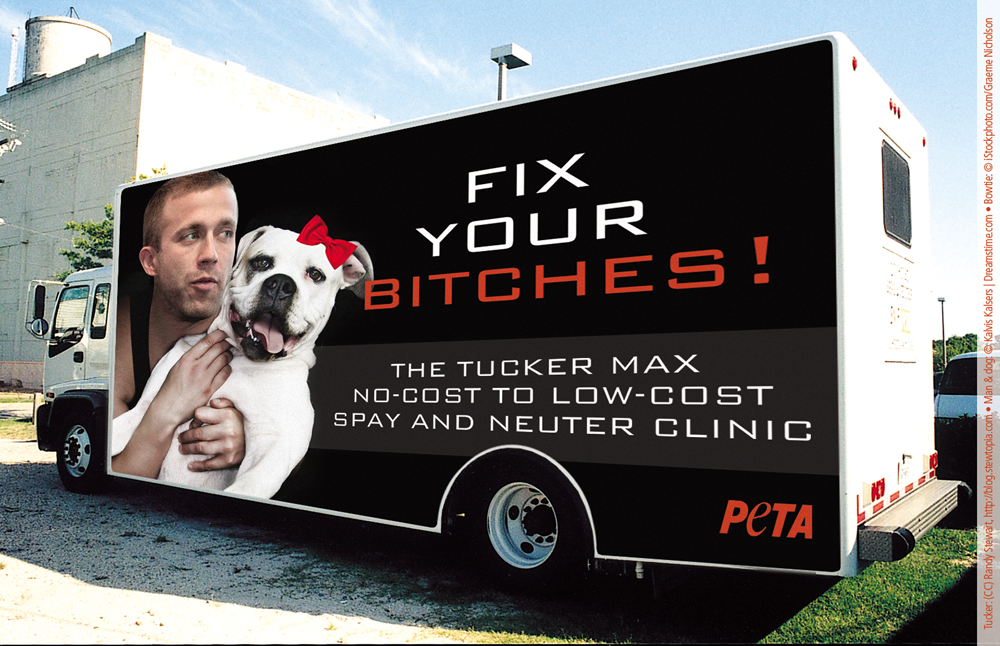 And accompanied with the picture was this Letter to Tucker Max from PETA President Ingrid Newkirk:

PETA asked me to help them fix some bitches, and I think that’s a great idea full post

I’ve been dealing with media for about a decade now, and I’ve seen some crazy, ridiculous things. But this recent controversy might legitimately be the most insane thing I’ve ever been witness to.

In short: I tried to donate $500,000 to Planned Parenthood, and they turned me down because they were worried more about other people’s perceptions of the donation than helping women.

[The most factually accurate article about this is in Forbes, you can catch up on it there. There has been a ton of analysis on this as well, most of it profoundly stupid, but the best is probably here.]

I am writing this on my blog because, even though I’m used to being misquoted and misrepresented in media, I’ve never seen anything like what’s going on now. It’s like people have absolutely no regard for any sort of facts or analysis based in reality; all anyone in media wants to do it use this to rant about whatever ideological position they hold. Let me clear some things up:

Trying to Donate to Planned Parenthood is Exhausting full post

The hiring process is now over, and I will go over all of it I haven’t yet gone over in this post. Here was the task for the third round of applicants:

A lot of people have asked me why I’m using this process to hire an assistant. Not only why am I doing it publicly and letting anyone apply, but why I am posting my thoughts about each round of applications, and why I talk explicitly about what I’m looking for and what various applications do wrong.

{"cookie-duration":14,"popup-selector":"#popup-box-sxzw-1","popup-class":"popupally-opened-sxzw-1","cookie-name":"popupally-cookie-1","close-trigger":".popup-click-close-trigger-1"}
If you would like Tucker's blog posts delivered to your inbox, just put your email here.