You are here: Home / Articles / See Tucker Max On Broadway, Get Free Beer

Last week tickets went on sale for the stage adaptation of my book, “I Hope They Serve Beer on Broadway.” The two shows I’m attending sold out pretty much immediately, so the director added more shows and asked me to stay for them.

Since I’ve never seen a Broadway play and have no idea what this will be like, I told him I’d do it on two conditions: Not only do I get free drinks (yes, there is a bar at the theater), but ALL MY FANS WHO COME TO SHOWS GET ONE FREE DRINK AS WELL.

He agreed. I was kinda joking, but he said yes, so fuck it let’s do it.

Here it is: If you come to any of the shows in June, I will be there and will buy you one free drink at the bar. This applies to every show in June, until they all sell out (there will are 16 total). Looks like I’m spending the month of June in NYC.

This is 100% legit. If you’ve always wanted to get a drink with me, here is your guaranteed chance. No catch, no goofy shit to do, nothing like that. All you have to do is buy a ticket, show up, and come up and ask me for you drink. [I guess I should mention you have to be 21 to get this, but if you don’t know that yet, you’re an idiot].

Now go buy your tickets, and I’ll see you there.

Other stuff about the play thats less cool than free drinks:

Press: So the director, Christopher Carter Sanderson, and I went on Fox Business to talk about the show. Its more a segment about the economics of the play and Broadway audiences, and thus kinda boring, so I don’t recommend you watch it, but here it is.

Met Abe Goldfarb: I was in NYC this weekend and got to meet the guy playing me, Abe Goldfarb. I saw the burlesque show that he MC’s, the guy is obviously very talented, but man…if I was trying to think up a man to be as opposite as me as possible, this could be the guy I ended up with. I don’t even know where to start describing him; he’s incredibly nice, married, into all kinds of kinky stuff…I could go on and on, but there’s no need. It honestly doesn’t matter what he’s like in real life as comparison to me, because this show isn’t about me. The show is something completely different, and it doesn’t matter if the character of Tucker Max in the play is just like I am in real life. What matters is that the audience likes the play, and laughs their asses off, and I think Abe is the type of actor who can deliver that sort of performance. I guess we’ll see.

This whole play thing is so weird for me: This is the first creative project I’ve ever been involved in where I am…in the background. I mean, yes its based on my life and my writing of course, but at this point, I am kinda irrelevant to this play in any substantive way. I have no creative input, I’m not casting it, I won’t be going to rehearsals, and the first time I see it will with opening night, June 5th. This isn’t bad or good. It’s just very different from anything I’ve ever experienced.

A lot of my fans will like this more than the movie: One of the biggest critiques of the movie was that it wasn’t completely true to the book. Of course it couldn’t be, because the movie has to have a narrative and the book didn’t, but so many of my fans didn’t care; they just wanted to see the stories acted out. Well, that is EXACTLY what this play is. 98% of it is ripped directly from the books; the only stuff that changed is a little bit of editing to only have the best parts, and then transitions or stuff like that. So know that if that was your issue with the movie, rest assured, that won’t be an issue with the play.

The midget story in the play, and the woman playing her is awesome: I almost think this woman deserves her own post. Athena Reich is a radical feminist, and a lesbian, and loves my books and is super excited to play the midget. So there’s that. 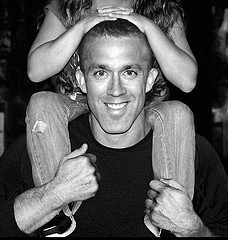